Siena’s advertising program was designed to overcome two challenges. It was discovered by market research that there was a lack of awareness in the Las Vegas market of Siena and that Siena was an active adult community. Siena’s major competitors had the advantage of the Del Webb brand and Siena’s previous advertising had not clearly communicated that it was active adult. Its second challenge was that a large portion of its target market lived all over the country and it was unclear through tracking methods whether or not the national advertising vehicles being used were actually working.

The objective of the communications program was increase awareness locally and nationally.

To address the issue of low awareness in the Las Vegas market, Siena launched an aggressive television campaign. Two television commercials were created to demonstrate the active adult lifestyle available at Siena.

The television as well as Siena’s local print and billboard campaigns introduced a new bold headline:
“The Premier Active Adult Community In Summerlin.” There would be no more uncertainty about what and where Siena was.

Lisa supervised a creative team at Goswick Communications on the development of this campaign. 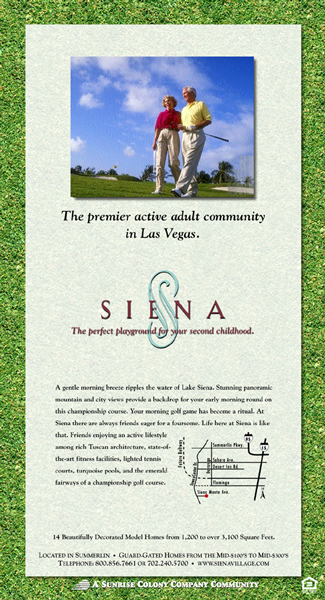 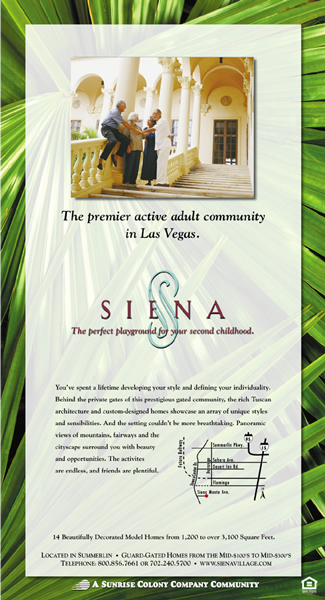 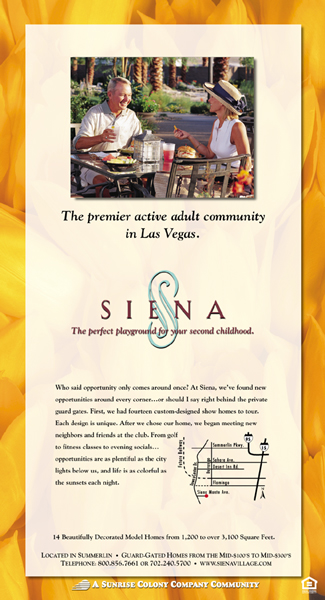 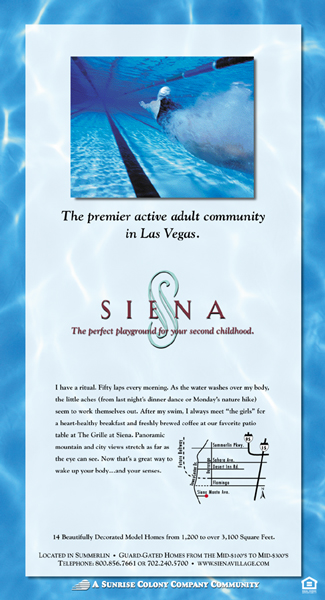 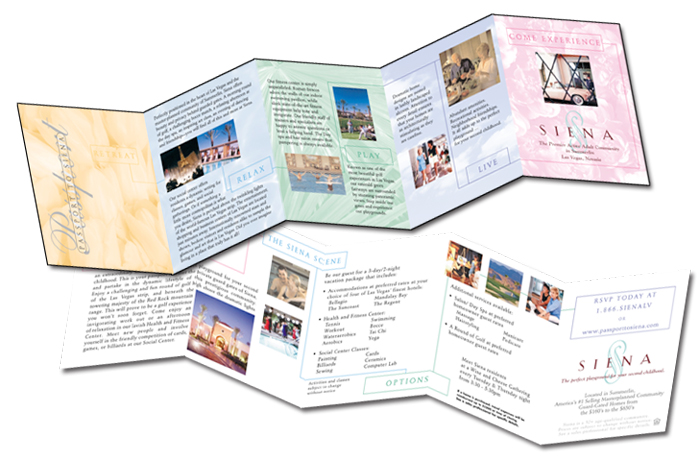 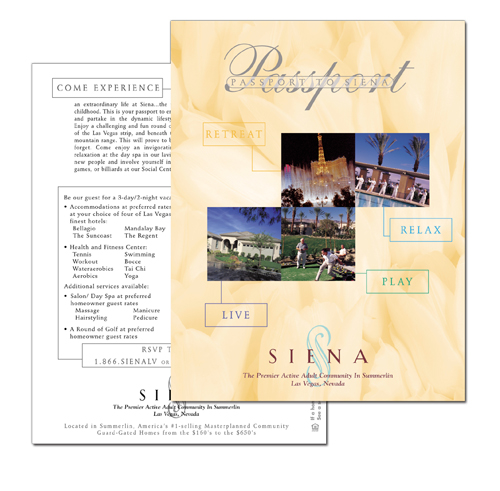 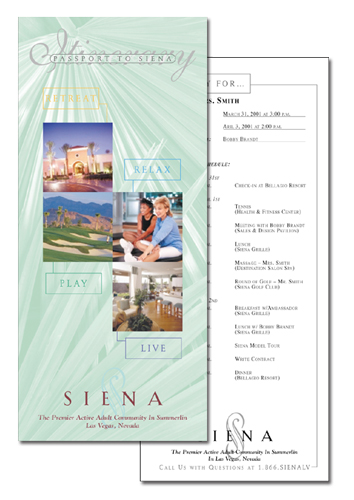 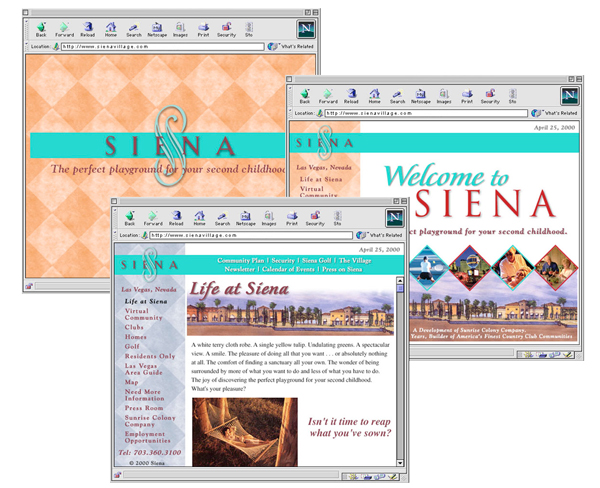 The local awareness campaign brought Siena record traffic numbers. The average weekly traffic for the 12 weeks after the television campaign began was 205 compared to the 150 average weekly traffic for the preceding 12 weeks. The sales staff reports that the traffic was more highly qualified as well. This led to Siena’s best sales month of all time with 60 sales in April 2001 followed by their second highest sales month in May with 58 sales.

The Passport to Siena program paid for itself in one month with three sales during the first month of implementation.