The objective of the advertising campaign was to generate top-of-mind awareness throughout the Las Vegas market.

The objective was accomplished by launching an aggressive and dramatic television campaign aimed at the luxury buyer market, which supported spectacular print and billboard campaigns. Strategic media placement targeted high-income buyers and the golf market.

A collateral and follow-up program was developed so that visitors would have the whole story of the Red Rock housing product and country club lifestyle communicated in a compelling manner.

Lisa supervised a creative team at Goswick Communications on the development of this campaign. 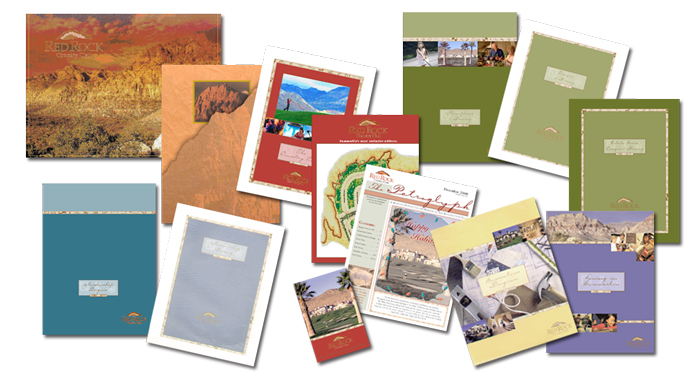 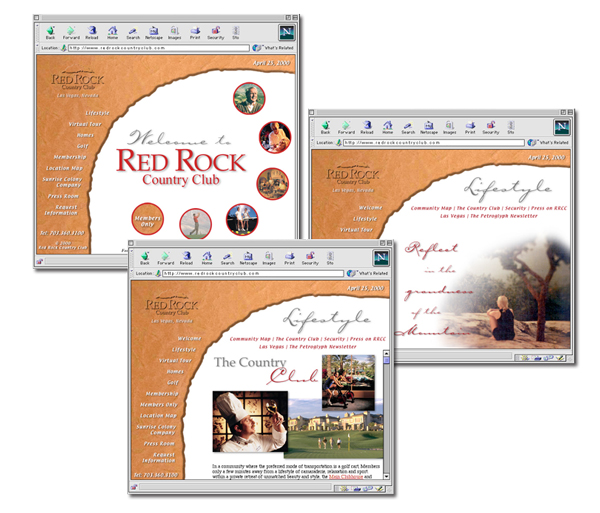 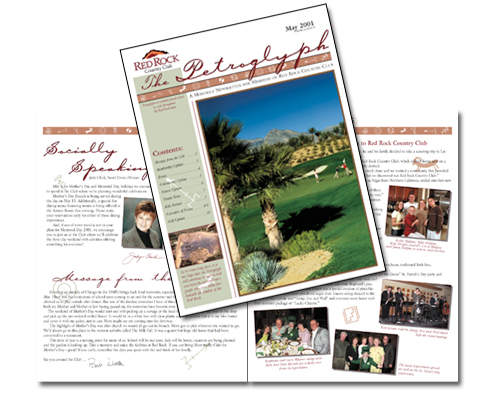 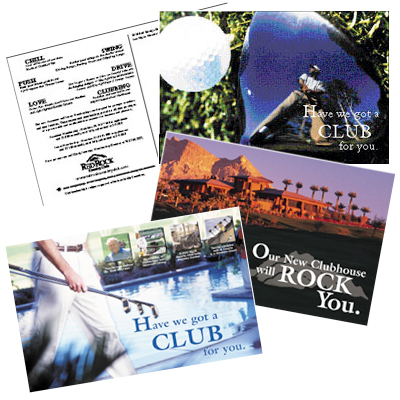 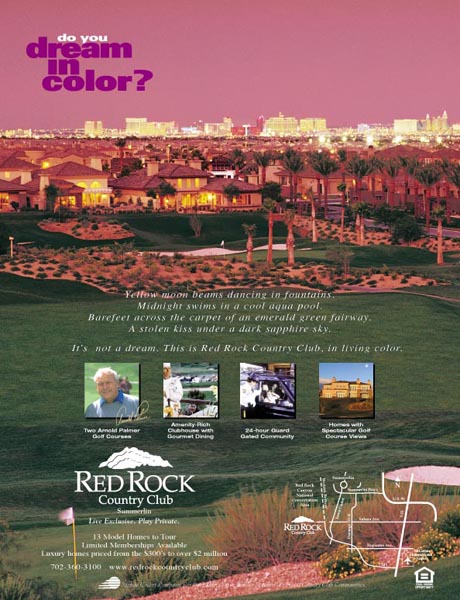 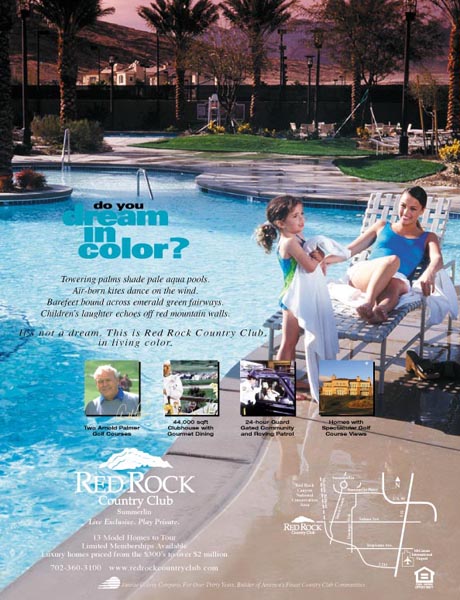 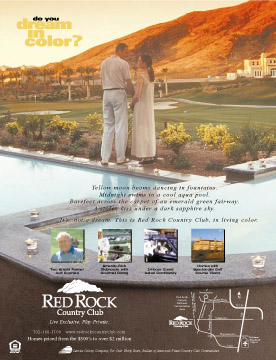 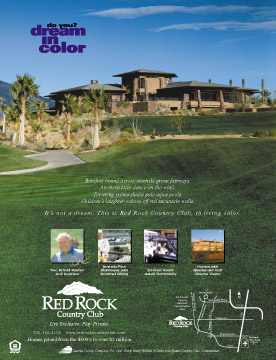 The results of the advertising campaign were outstanding. Traffic jumped an additional 30 units per week and one month after the campaign began Red Rock Country Club had one of its best selling months ever.

The response to the collateral package has been extremely favorable and has been a valuable tool for the sales staff during the sales process. As a result, Red Rock’s be-backs after the campaign averaged one quarter of their weekly community visitors at the model home park.